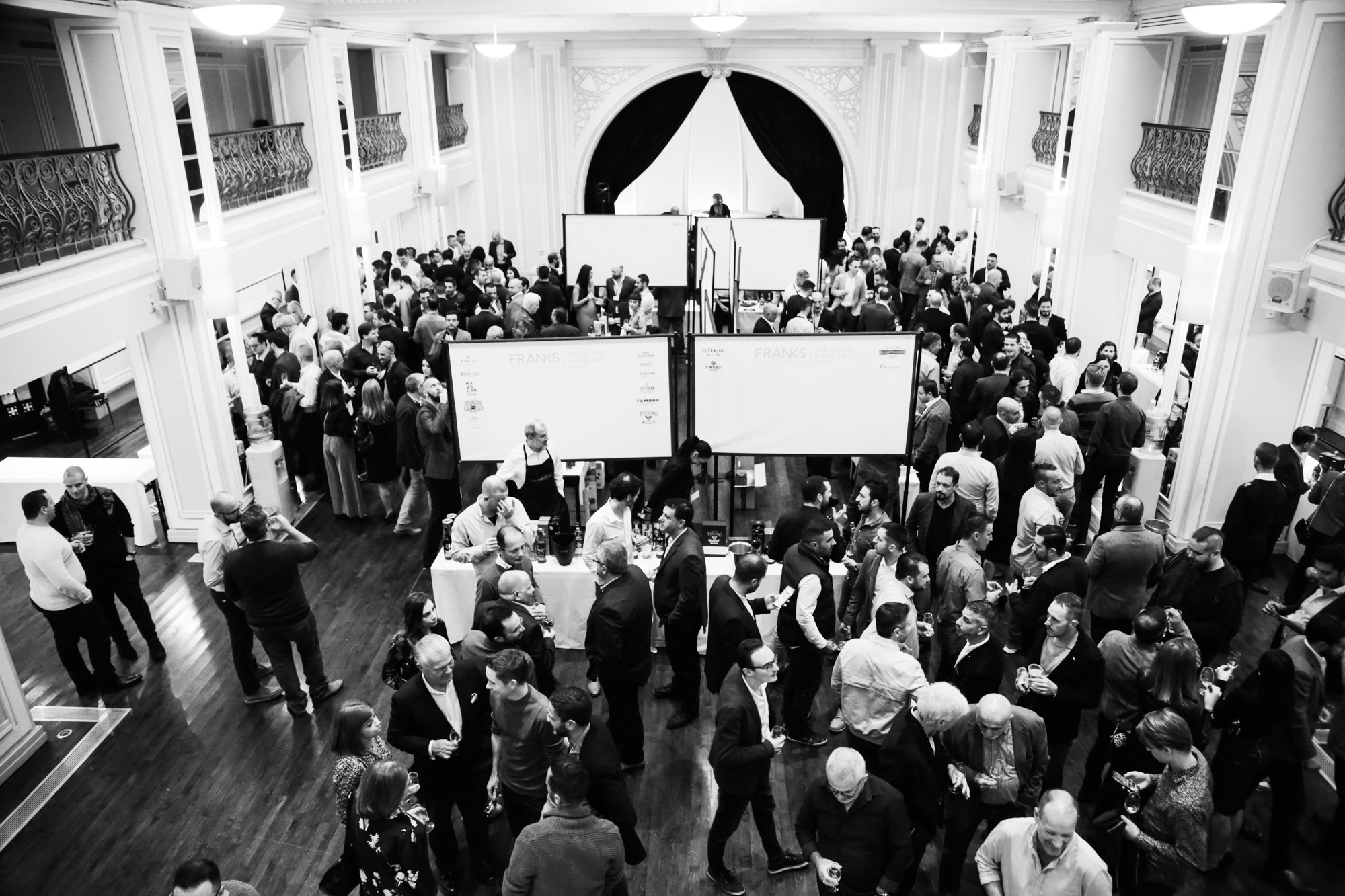 Ample evidence of Malta’s huge interest in whisky at The Phoenicia. The Grand Ballroom at The Phoenicia was a cacophony of malts, grains, pot stills and columnar stills of whisky, whiskey and rum this November during Frank’s Whisky & Rum Fair assembled under the curation of Andrew Abela.

The main difference between Scots whisky and Irish whiskey, which packs an extra ‘e’, is of course the spelling, this was Brand Ambassador for Teeling Irish Whisky Connor Sweeney’s opener. This alternative spelling reflects the original Scots and Gaelic derivations of the term ‘Uisce beatha’, meaning ‘Water of Life’, with each variation being carried through to modern use. Irish immigration to America in the 18th century means that we also refer to American ‘whiskey’ spelt with the ubiquitous Irish ‘e’.

Brothers Jack and Stephen Teeling set up the Teeling Whiskey company in Dublin in 2012 and opened the distillery, producing premium Irish whiskey in 2015, the first new distillery in Dublin for over 125 years. This investment in Dublin almost instantly paid-off with the distillery being voted world’s best whiskey attraction in 2016 at the World Whiskies Awards, and the brothers welcome about 150,000 visitors a year to tour their facilities in the fair city.

Generating awareness of Irish whiskey outside Ireland is a big challenge, despite the presence in Malta at the third edition of Franks Whisky and Rum Fair, held every November at The Phoenicia. Irish whiskey accounts for 5% of the world whiskey market. But it is evolving. Whisky drinkers are interested in smaller, local whiskies and the story of Teeling fits that interest. Teeling’s mission, in short, is to excite whiskey drinkers and introduce them to premium expressions they might not know existed. Connor explained that Teeling’s vision is to restore choice and the variety of styles that once marked Irish whiskey in its heyday.

Teeling Single Pot Still, released late last year, is the first new Dublin distilled Irish whiskey to be released for nearly 50 years, marking the true revival for the craft of distilling in the Irish capital. This release follows the auctioning of the first 100 bottles from the distillery last September, in aid of local Dublin charities, when bottle no. 1 sold for £10,000, breaking a world record for the most expensive bottle of whiskey sold from a new distillery.

Recruited to run the newly opened visitor centre at Bladnoch, Brand Ambassador Carolyn grew up close to the distillery and jumped at the chance to return in this challenging role. Formerly part of the Bells empire, Scottish distillery Bladnoch, on the banks of the adjacent River Bladnoch from which it takes its name is Scotland’s most southerly whisky distillery which has an interesting history and a strong Irish connection, not just because it’s close to the sea crossing between Stranraer and Larne but because twice in its history its saviours have come from Ireland.

Melanie Stranger, the Brand Ambassador at Springbank, speaks fondly of her owner Mr. Wright, who is held in high-esteem amongst his community on Scotland’s West Coast for retaining a traditional labour-intensive approach to whisky making, a family way, the handmade personal touch, craft way. The very old-fashioned way. Founded in 1828 on the site of Archibald Mitchell’s illicit still, the Springbank Distillery is now in the hands of his great-great grandson, Hedley G. Wright. Melanie explains that Springbank is unique in Scotland, being the only distillery to carry out the entire production process at the distillery in-house, including malting 100% of the barley using two traditional malt floors all the way down to bottling the final golden liquid on-site.

There is also a unique two-and-a-half-times distillation process strictly aligned to carefully chosen prime local ingredients which has earned the 10 year old Springbank the accolade as one of the best in the world, having landed the top prize at the World Whisky Awards. Blended from a mixture of sherry and bourbon casks, the resulting range of aromas and flavours is breaking new ground in the world of whisky. With a touch of peat, salt and heather, this is Scotland in a glass, briny, full of character, as rugged as the Kintyre peninsula, which was once home to 34 distilleries when Campbeltown was the whisky capital of the world, and is now supporting just 3.

A new twist to the Whisky Fair this year was the inclusion of a number of high-end rums which are jostling in the spirits trade for recognition of their craft, and which has reinvented itself as a premium and fashionable spirit. One of the stars is from the Dominican Republic founded by the legendary Don Andres Brugal in 1888, Brugal is the only 100% Dominican rum, crafted from start to finish on the lush Caribbean island, where the entire process from the harvesting of local Dominican sugar cane, to the production of molasses, to the creation of a clean distillate, to the final aging process and bottling, are all artfully undertaken by the bodacious and beaming Brugal.

Brugal is a unique dry style rum that can be enjoyed neat or mixed for more crisp, refreshing cocktails, the perfect balance to sweet mixers often paired with rum. Don Andres Brugal’s vision and experience has been passed on through five generations of Brugal family members known as Maestros Roneros, the Rum Masters, who ensure traditional methods, superior quality, and exceptional care have been captured in every bottle. The range extends to roughly 16 expressions, all barrel-aged in one way or another, with the longest-aged being in the barrel for more than a decade horizontally to ensure maximum contact with the top and bottom of the barrel. Younger rum barrels stand vertically. Blending plays a vital part in the finished products, this is where the Maestros Roneros come into their own, deciding which blend of different aged rums coming from which selection of barrels go into the final blend for each bottling. Anejo and Extra Anejo bottles are filled and labelled by hand.

Once again, The Phoenicia has been the setting for a weekend of delights savouring some of the world’s best malts, grains, blends and rums. Friends mingled and reconnected over a dram, learning more about their favourite tipple from some of the most knowledgeable international Brand Ambassadors. This annual event is going from strength-to-strength.