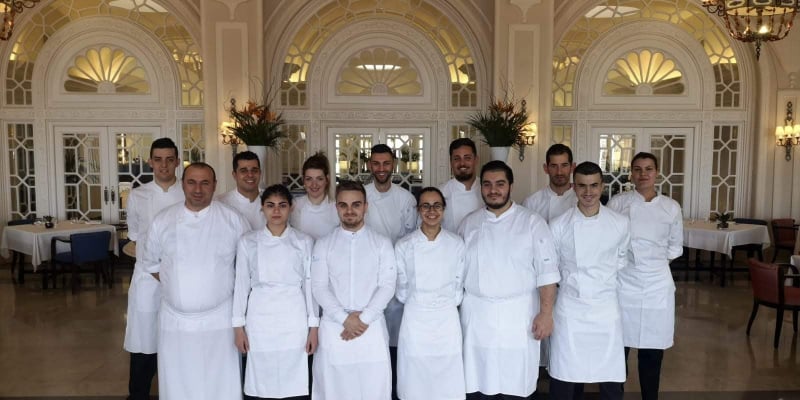 The Food and Beverage team at The Phoenicia Malta is currently celebrating its members’ incredible performance at this year’s Malta Kulinarja, where the chefs and pastry makers managed to win 3 gold and 13 silver awards – and placing best in class five times.

“Practically the whole kitchen team took part in this year’s competition, and we are incredibly proud of what each of them has achieved,” says Mr Brice Kemper, the Hotel’s General Manager.

Malta Kulinarja took place over four days at the end of January, with eight foreign judges flown to Malta specifically to observe, mark and hand out the final results to assure no favouritism. Meanwhile, the myriad of competitions stand testament to the various skills the team at The Phoenicia Malta has.

The Hotel won a gold award in the Underutilised Mediterranean Fish (Junior) for Ayrton Grixti’s dish using local skate wing, silver awards in Vegan Dish (Senior) and Street Food, both thanks to the recipes created by Luke Maistre, and a Silver Best in Class award for High Tea, thanks to Nicole Galea and Christian Gilson’s creations.

On top of this, Andrea Amore got a silver award in the Chef of the Year category, as well as the Gold Best in Class Award for the Gran Prix Senior Team, together with Alessandro Gravino and Mario Mallia. The latter award is considered to be one of the most coveted as a trio made up of two chefs and a patissier has just one hour and thirty minutes to create a starter, a main and a dessert using all the randomly-selected ingredients that are placed in a mystery box.

This year’s ingredients were ginger, marshmallow, rice, polenta, veal ossobuco, tripe, cod, Jerusalem artichokes, lemon, cabbage, lentils and mushrooms. With these, as well as a larder containing basic necessities, the team created a confit cod in olive oil with crushed Jerusalem architectures, ricotta gnocchi, Jerusalem artichoke velouté and parsley-caper sauce for the starter; veal ossobuco chou farci, mushrooms stuffed with tripe and lentils topped with crispy onions, as well as mushroom duxelles and lemon hollandaise for the main; and a honey and polenta cake with ginger and popcorn ice-cream, chocolate marshmallow mousse, candied rice, apple and rice gel for dessert.

“These types of competitions take a lot of time, effort and investment, both from the Hotel’s side, as well as from that of the chefs and patissiers,” adds Mr Silvan Camilleri, the Hotel’s Food and Beverage Manager. “These results are proof of their hard work during the months preceding the competition, and we will now be working with them directly on bringing some of their marvelous creations to our own menus.”

Due to the majority of these recipes requiring the use of local ingredients, The Phoenicia Malta is also using this victory to continue its shift towards being more sustainable by working with local producers and farmers.