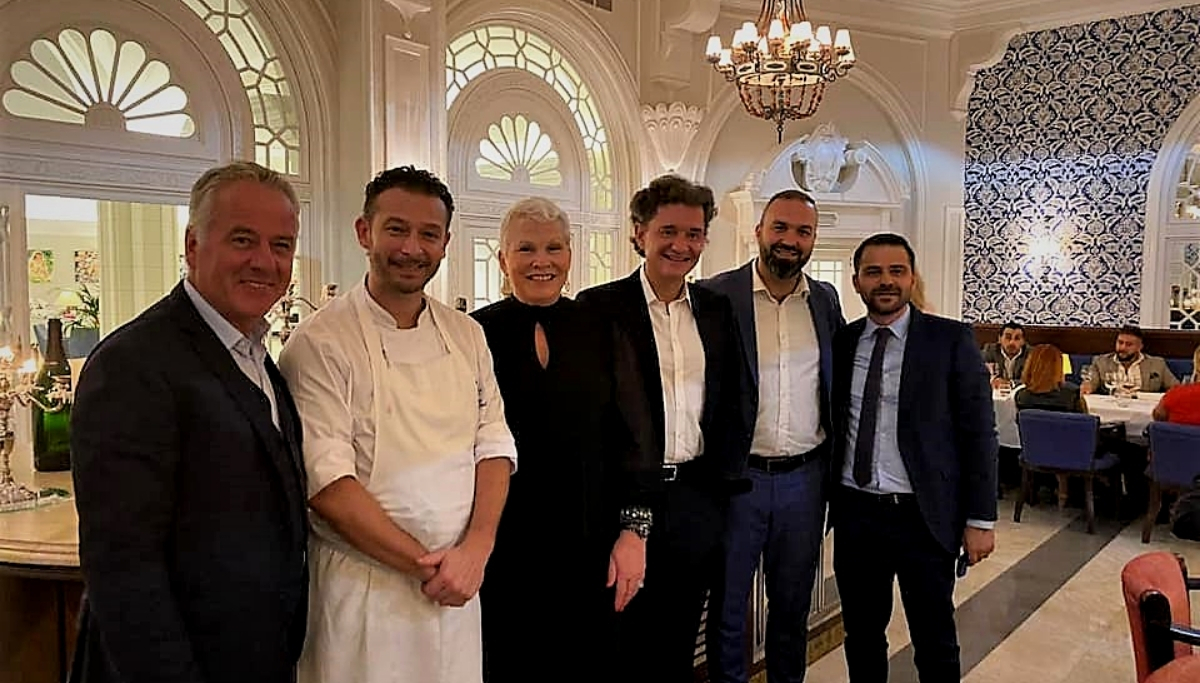 On Friday, 9th October, The Phoenicia Malta, together with Charles Grech, welcomed eighty patrons to a one-off event during which they could meet Baron Philippe Sereys de Rothschild and sample a number of delectable champagnes from the Baron’s own label.

The night began with a glass of Champagne Barons de Rothschild Brut on the Hotel’s terrace, during which the patrons follow the recommended social distancing guidelines. This was then followed by a four-course meal crafted by The Phoenicia Malta’s award-winning chefs. Each course was accompanied by a different champagne, namely the Blanc de Blancs, the Rothschild Rare Vintage 2010, the 2008 Vintage, and the Rosé.

Speaking to the Baron himself about the dinner, he says that his hope for the evening was that patrons got to ‘discover something new and that the champagnes [provided them with] a moment of pleasure’.

“As wine producers producing champagne, we have gone to great lengths to ensure the quality of the products lives up to their name,” the Baron continues. “The different varieties, meanwhile, are great for different times of the day.”

Asking him which of his champagnes is his favourite, he says it would be like ‘picking a favourite child’ – the Baron, after all, played a key role in the setting up of Champagne Barons de Rothschild, along with his two siblings, Camille Sereys de Rothschild and Julien de Beaumarchais de Rothschild. Indeed, the Baron is still the Chairman of the company, with the Managing Director being Frédéric Mairesse, who in the past worked for the French multinational corporation, LVMH Moët Hennessy Louis Vuitton.

Monsieur Mairesse was also in Malta for the event, and we asked him about the collaboration between the Champagne Barons de Rothschild and The Phoenicia Malta. His reply was that the champagne-makers are not looking for hotel chains, but rather for “boutique” hotels that pay attention to detail and provide exclusivity, just like this company does.

The Phoenicia Malta is indeed honoured to be among a small but significant number of international hotels that provides the Champagne Barons de Rothschild to its patrons. Indeed, all the champagnes mentioned above, as well as a number of Château Mouton Rothschild wines, are now available at Phoenix, the Hotel’s signature restaurant.