Getting to know Kenneth Zammit Tabona 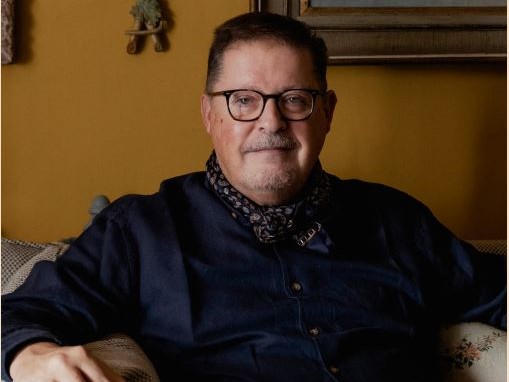 Over the past weeks, Palm Court Lounge at The Phoenicia Malta has hosted Kenneth Zammit Tabona’s beautiful watercolours, in an exhibition titled ‘Mediterranean Dreams’. We sat down with Kenneth to learn about his artistic journey and what inspires him.

When asked how his passion for art came about, Kenneth explains that he believes a person is born with that passion. He goes on to recount how as a young boy he used to enjoy scribbling everywhere, including on walls and especially in his schoolbooks. He smiles and describes how his father used to call him ‘his Picasso,’ whilst his mother used to get angry as his scribbles meant that they would not be able to resell his schoolbooks.

Kenneth’s first medium was pen and ink, which is a far cry from the colourful works we see today. Kenneth reminisces how a sketch he drew for fun was soon followed by an invitation to illustrate Nicholas de Piro’s ‘Lost Letters’. This event truly brought out Kenneth’s artistic side and, one could say, is what influenced him to truly delve into his talent. Feeling a bit more adventurous, Zammit Tabona eventually introduced another medium to his works: gouache.

This led to him hosting his first big solo exhibition in 1992 and another at the Melitensia Art Gallery in 1995. Both were sell-outs. ‘It was quite extraordinary!’ he declares. ‘That’s how it started, how I found myself to be an artist,’ he says, adding that it is something he still finds it hard to believe. ‘Who, me? An artist?’ he exclaims.

Since then, Kenneth plucked the courage to move onto watercolours, which is a harder medium to master since it allows no room for error. ‘Watercolour always scared me a little bit. Gouache is more static, more obedient. As a medium it behaves. You want it there and it stays there. Watercolour tends to do things, so until you actually get round to how to how to used it, you can’t make mistakes.’

We talk about his current exhibition, ‘Mediterranean Dreams’, and he explains that he was inspired by his friend Marquis Anthony Cremona-Barbaro’s garden in Tarxien. Talking about the red walls that can be admired in this garden and is featured in a number of his paintings, Kenneth explains ‘To me the red is something so beautifully Mediterranean. It goes so well. That red which contrasts with the limpid blue skies of Malta and the green – it’s so vivid! It creates such a beautiful splash of colour.’

Chinese porcelain is also featured heavily in this exhibition. ‘Actually it was also Anthony who encouraged me to go into it. I then realised how beautiful it is. It truly is a fascinating study,’ he explains. Between gardens, red walls, blue and white porcelain, and Kenneth’s cat Felic gazing through the window, these paintings portray a wonderfully idyllic setting worthy of the term ‘Mediterranean Dreams’. 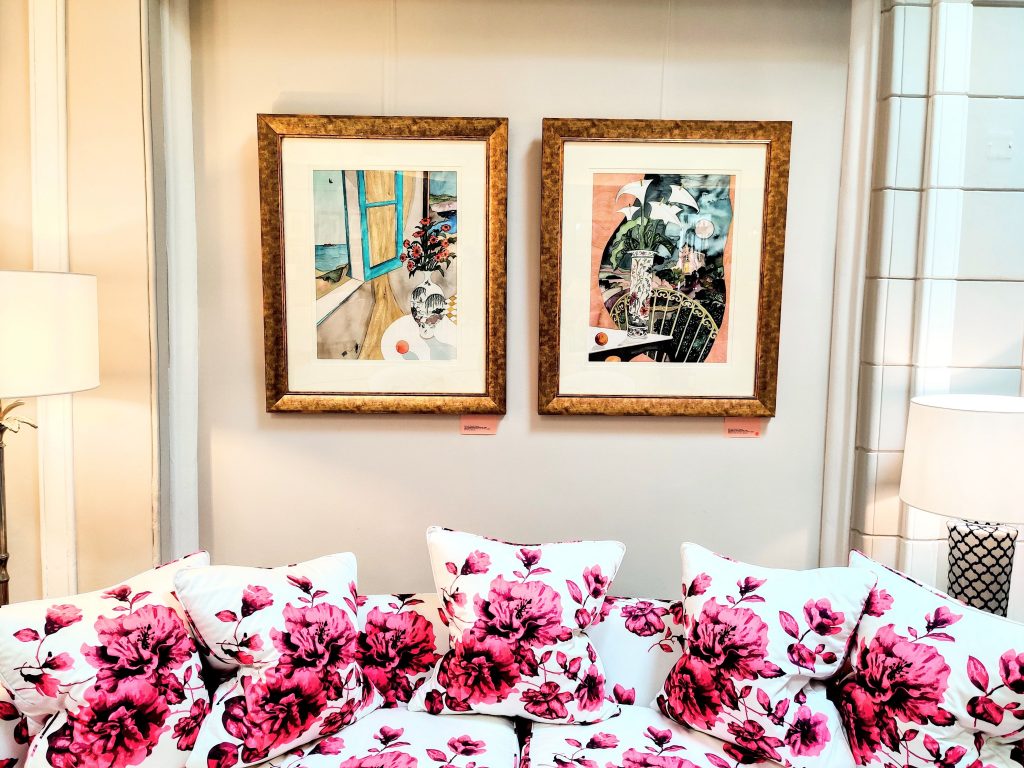